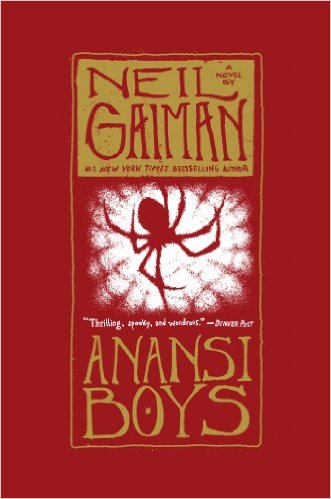 A couple of years ago I had the honour to be your guest at Mythcon, and I wish I could be with you again tonight. I've never been to Oklahoma.

I was, pretty obviously, delighted to learn that Anansi Boys had won the Mythopoeic Award. It may be a bit redundant to say this, but you don't set out to write a Mythopoeic Book, or at least, I didn't. I set out to write a funny book that would say some true things about family relationships.

But then I started to write, and the book began with the world being sung into existence. And it wasn't long before I took Fat Charlie to a true place, where he looked down and saw the clouds like fluffy sheep far below him, in a small nod of the head to the first time I learned about true places in fiction. I doubt it was a coincidence that the first person he talked to in that realm was a Lion.

I'm grateful to your kindness and generosity in giving me and Anansi Boys this lovely award, and am very aware that any of the books on this year's shortlist could have taken home the lion as proudly

and with as much right as I do. 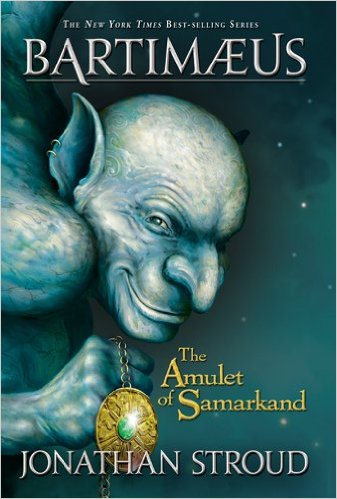 Jonathan Stroud, The Bartimaeus Trilogy (consisting of The Amulet of Samarkand, The Golem's Eye, and Ptolemy's Gate)
It is a huge honour for me to have been awarded the Mythopoeic Fantasy Award for Children's Literature 2006. I'd like to thank everyone who nominated and voted for the Bartimaeus books. When I began writing The Amulet of Samarkand a few years ago, and first heard the rather sarcastic and irascible tones of Bartimaeus the djinni, I secretly hoped that his adventures would travel far afield. But I never guessed that the trilogy might win an award, let alone join the awesome roll-call of past winners (and nominees) of the Mythopoeic Awards. It's a humbling experience to look through the lists and see so many of the writers who inspired me and brought me joy. The living tradition of fantasy literature - its vitality and variety - is there for all to see, and I'm proud to be a small link in that chain. I'm just beginning a new book now, and in these difficult early days, as

I struggle to create a solid world from mist and cloud, my morale will be sustained by the recognition you've kindly accorded me. Thank you all very much! 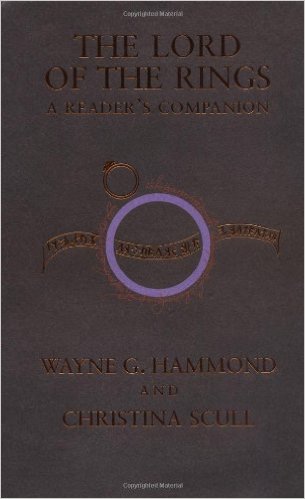 While writing the nearly one thousand pages of The Lord of the Rings: A Reader's Companion, we came to sympathize ever more closely with Tolkien as his great work grew far beyond his and his publisher's expectations. Our own publisher wondered if the Reader's Companion would end up longer than the work we set out to annotate; and without a very pressing anniversary deadline, and other work demanding our attention, that might have been the case. Like The Lord of the Rings itself, the chief fault of the Reader's Companion is that it is too short: something more will always remain to be said about Tolkien's masterpiece.

We're very grateful once again to the Mythopoeic Society for recognition of our work, and wish that we could be present to accept this award in person. Instead we must remain, for the moment,

still tied to our word processors, as we complete The J.R.R. Tolkien Companion and Guide and send it at long last to the printers. 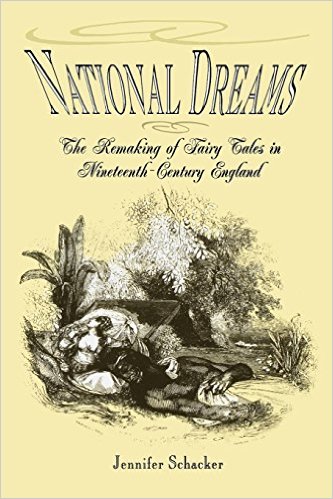 One of the questions often put to academic writers -- and one of the questions we repeatedly ask ourselves -- is, who is our intended audience? When I was drafting National Dreams I thought of my best friends, my parents, my most enthusiastic students -- all smart, curious people, but not experts in my chosen field of Folklore. As I wrote and rewrote, I maintained my hope that the work might prove interesting and useful, not only to fellow academic folklorists and Victorianists, but also to readers passionate about fairy tales, folk narratives, fantasy fiction, and other contemporary genres whose 19th-century roots I tried to address in my book. I am surprised, and delighted, and truly honored to receive this award, especially from an association whose membership is as diverse and as passionate about fantasy fiction as the Mythopoeic Society. I am sorry that I cannot thank you in person, but want you all to know that I am energized, encouraged, and deeply touched by your selection of National Dreams for this year's award in Myth and Fantasy Studies.