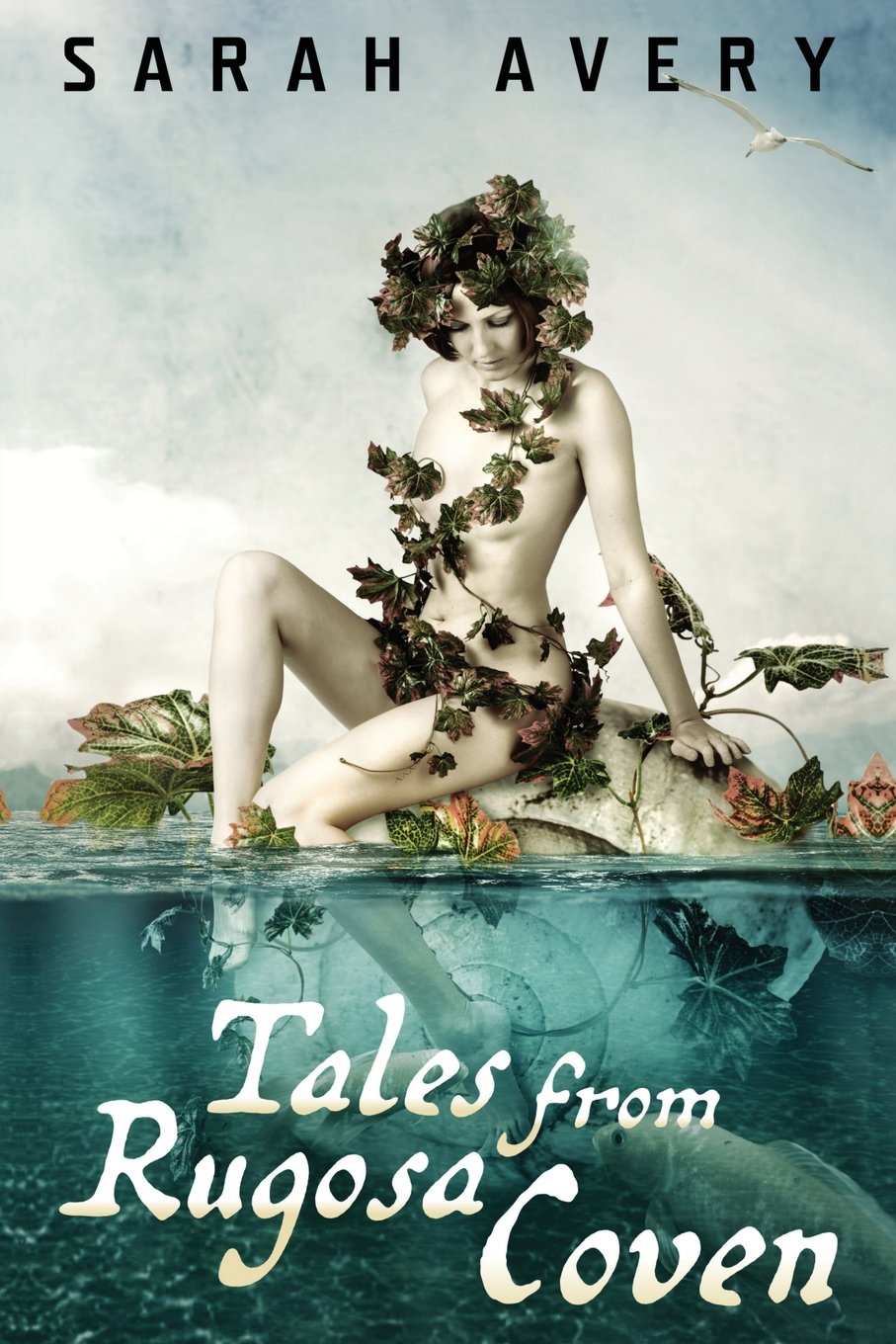 [Sarah Avery accepted her award in person, and gave heartfelt thanks for the honor. We do not at this time have the exact text of her remarks, but trust us, it was lovely.]

Natalie Lloyd, A Snicker of Magic 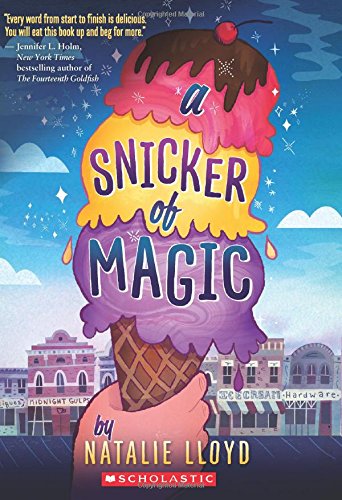 While I believe words are some of the most magical substances humans ever get to handle (love and courage being my other favorites), I’m having a hard time stirring up the right words for these remarks. I keep settling on: WOW! And: Are you sure?!

But here is my best effort: I am grateful and honored you’ve given A Snicker of Magic the Mythopoeic Fantasy Award for Children’s Literature. It was a thrill to see the book short-listed with stories and authors I admire so much. I’m more than a little bit stunned. And I’m grateful you’ve taken the time to read this story and found it worthy of recognition. This award means the world to me.

The first time I fell into deep, irreplaceable book-love was when I read The Lion, The Witch, and The Wardrobe. I was certain, and remain convinced, that the book was magic. I could feel the cold. I was afraid of the White Witch. When I read Mr. Beaver’s promise: “Aslan is on the move…,” it was as though I heard the words echoing in my imagination. As though I felt them in my heart. I began packing my Narnia books in a lunchbox and falling asleep in the closet, thinking I would wake up there. (I am still not convinced this was a bad idea). The Chronicles of Narnia made me a voracious reader and also inspired me to become a writer. They also pulled me through a difficult experience I had when I was little.

I was born with a brittle bone disease called osteogenesis imperfecta. My case was mild, and I currently don’t have many struggles associated with O.I. But as a kid, there were some tough moments. The worst side effect, of course, is that my legs would often break for no apparent reason. There would be no fall, no sudden impact - nothing that should result in a fracture. I would hear the snap and then I would fall. Shortly thereafter, my doctor would slowly pull the bone back into alignment. Whenever that was about to happen, I would close my eyes and think about Narnia. I imagined how Aslan’s fur would feel if I held it between my fingers. I imagined that his roar was for me - that it was my roar - that I could feel it in my chest. Perhaps the stories are fictional, but the courage I found in the pages was real, and it became mine.

Every time I talk about A Snicker of Magic, I tell my Aslan story. The fact that I’ll soon have an Aslan trophy - given by such a remarkable group of dreamers - is hard to believe. Thank you for reminding me that magic is all around me, all the time. And thank you again for this wonderful honor. My heart is so full. Let’s have drinks sometime at Cair Paravel. 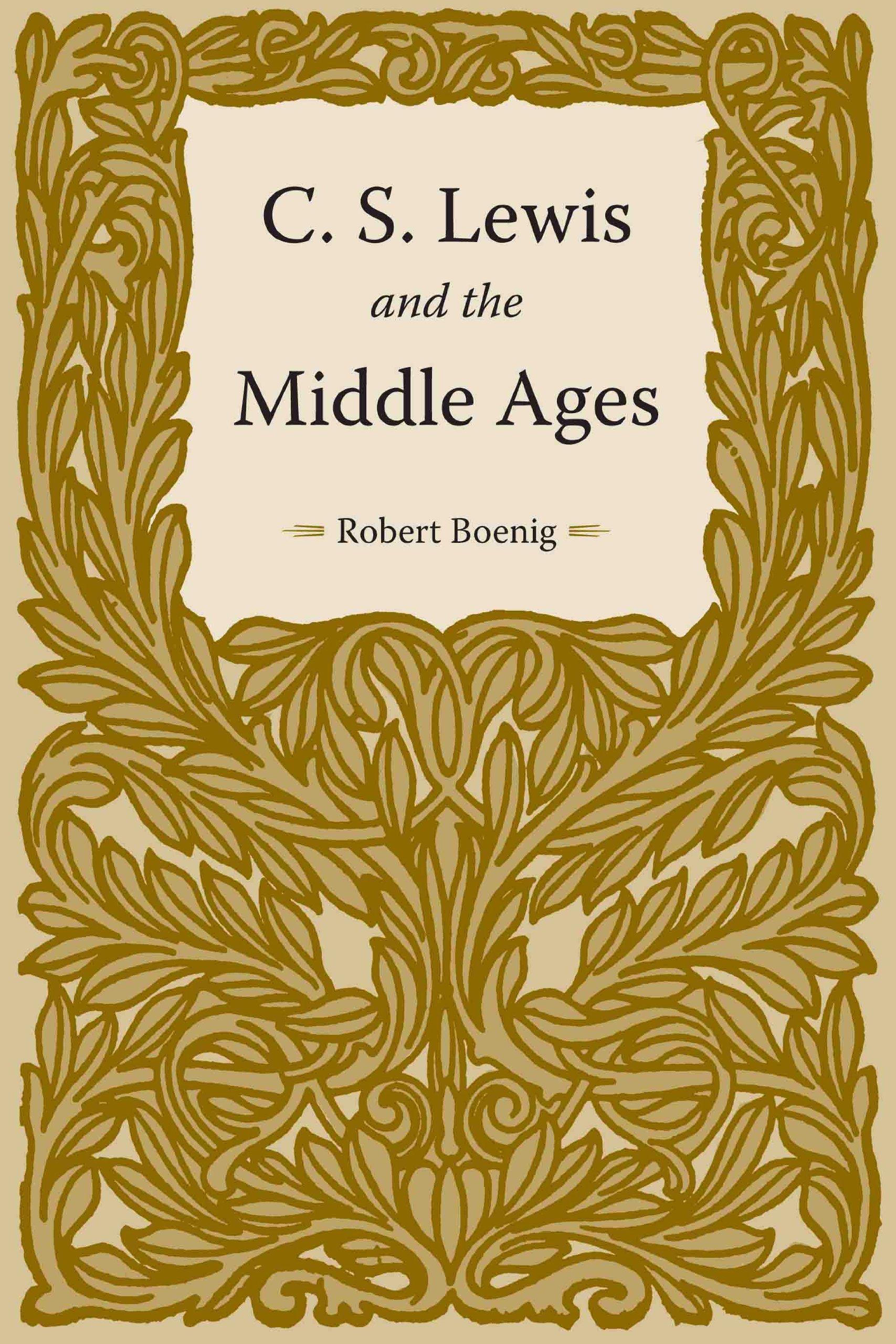 I am very grateful to the nominating committee of the Mythopoeic Society for naming my book, C. S. Lewis and the Middle Ages, a finalist for the Award for Inklings Scholarship for the past three years, and I offer my deepest thanks to those who voted it the winner of the 2015 Award. Though the old cliché “Always a bridesmaid and never a bride,” had begun to kick around my head, I should acknowledge that being a bridesmaid is sometimes just as meaningful, for last year’s winner, Jason Fisher, editor of the fine book Tolkien and the Study of his Sources, was a graduate student back at Texas A&M in the early 90s who studied Old English with me, and one of that book’s contributors, Ed Risden, was my graduate student at Purdue in the late 80s in a course about King Arthur. The best way to lose something is to your students, I think. Though my days of being a competitive race walker are unfortunately over and, like Gandalf, I sometimes use a staff as a walking stick—though not as a weapon but as a mobility aid—I’m glad I somehow managed to catch up with those two guys.

But I am also very sorry that ill health has kept me away from this fine conference; though traveling has become difficult for me, I certainly wish I were there with you, my kindred spirits, with whom I share a lifelong love of fantasy literature, particularly for the works of Lewis and Tolkien. I even considered, though briefly, climbing the roof of my house to wait up there for Thorondor, Gwaihir, Landroval, Meneldor, or one of their aquilious colleagues to swoop down and grab me in their talons and carry me all the way from Texas to Colorado and drop me in your midst just in the nick of time. But I’m afraid I couldn’t quite make it up there onto my steep roof. I did keep watch on the ground, though, but all I saw were some mockingbirds, a chimney swift, and some crows. In the distance I did hear a barred owl calling “Who-who-who HOO,” doubtless giving voice to its curiosity about who was going to win all these awards you’re giving out tonight.

I’d now like to give further voice to my gratitude and add some specifics. The very first things I published in my career were in Mythlore. It all began in 1979 with a response to a query in that journal about the mysterious Michael Scott, a medieval magician, in which I unloaded what I knew about him. Then I followed that with a couple of poems based on the Arthurian narratives. And after that there were the articles whose theses were early versions of what I have now included in Chapter Three of C. S. Lewis and the Middle Ages. I had had some intuitions about how Lewis reacted to his sources, and to my delight, most were later were confirmed by what I found by trawling, as one reviewer put it, Lewis’s Collected Letters. So I’d like to thank Mythlore’s editors, beginning with the late Glen GoodKnight and with Gracia Fay Ellwood and including Janet Brennan Croft, all for looking graciously on my work. To this list of names I’d like to add that of Joyce Harrison, Acquisitions Editor of Kent State University Press, and her colleagues at that fine Press, which is not only, as you know, a major player in the world of Inklings scholarship but also a model that others could follow of how to mix courtesy with business. And for my wife Liz I wish to add to what I already put in the front material of the book — that few daughters of Eve have greeted breakfast-table literary criticism more frequently and with more patience than she has.

The remainder of my thanks is offered to you —people who love great literature and who are unashamed to be its fans. An academic who loves Lewis and Tolkien sometimes finds her— or himself a burrahobbit among trolls. From others in my profession I have heard that The Lord of the Rings is “pre-adolescent pap,” that “We can never give tenure to someone who writes about Science Fiction and Fantasy,” and that Lewis and Tolkien are “for undergraduates only” —this last from a Graduate Director who had just rejected my proposal for a grad course on those two guys. The drift of my profession has unfortunately been towards criticizing authors rather than explicating what gives their work artistic success. I would have been an unhappy fellow if I had spent my career doing that. That’s because I teach what I love and can’t imagine doing anything else. So that’s why I offer my thanks to you for keeping the excitement of a good read alive and reminding people like me why we grew up to be, like Digory Kirke and like C. S. Lewis himself, professors —to profess not only knowledge but also our love for the books we read, ever mindful that it is a privilege, a gift to do so.

Brian Attebery, Stories About Stories: Fantasy and the Remaking of Myth 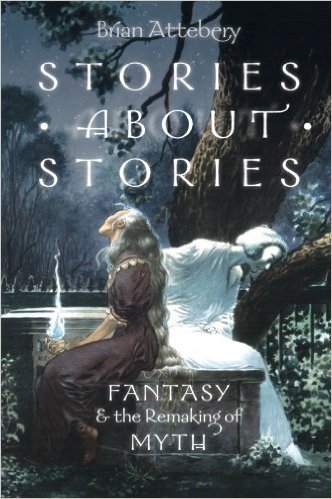 Much of my career is intertwined with Mythcon, even though I have only attended twice. When I came the first time, I thought I had said everything I had to say about fantasy. I had been invited as guest scholar on the strength of a dissertation that became a book: The Fantasy Tradition in American Literature.

When you are a guest, however, you have to come up with something new. The conference theme was “Legends for a New Land,” and that got me thinking about fantasy as a way of reconceptualizing the world. My scholar’s address became a chapter in a new book (and eventual Mythopoeic Award honoree), Strategies of Fantasy. But Mythcon wasn’t done with me yet. The other guests in 1988 included Roberta MacAvoy, Eleanor Arnason, and Guest of Honor Ursula K. Le Guin. With this powerhouse line-up, the panels and informal conversations were wide-ranging and stimulating, and Le Guin’s guest address was, as many will remember, personal and powerful and (as usual with her) a couple of decades ahead of the rest of us in its thinking, particularly about the people whose traditional stories form the backbone of most fantasy. By then I had thought a lot about the stories—myths, legends, fairy tales—but not so much about those who had shared them with the world, sometimes willingly and sometimes not.

Since I am the son of one folkorist and married to another, you would think the rights and responsibilities of storytellers would already have been on my mind, but I was still shaking off the after effects of too much New Criticism. At any rate, a new set of ideas about myth and world view started rattling around in my brain. I explored some older works of fantasy and was challenged by new ones. I poked and prodded and spoke and wrote for about ten years, and eventually admitted to myself that I was writing another book about fantasy, this time directly confronting the intimidating question of the nature of myth and its relation to the fantastic imagination. I knew I had to put as much thought and effort into the book as I could because it would be probably be read by at least a few people in the Mythopoeic Society, and they would know if I cut corners. And even more importantly, they would know why it mattered. So this time I wrote for you, and I am enormously grateful to have my work honored with this year’s Mythopoeic Award.