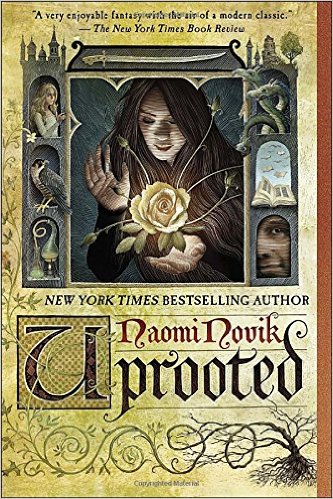 I wish I could be there in person to thank you all for honoring Uprooted with the Mythopoeic Award. Many works of the Inklings were among my earliest influences in fantasy. They as well as many of the previous winners rank among my dearest books, the ones I often take down and re-read to this day, and the heart-trees of the Wood have a few of their own tangled roots in Lothlorien. Writing Uprooted was for me very much about reconciling that much-beloved world of English-language legend and fairytale with my Eastern European heritage, and I'm so delighted that you have found it worthy to join their ranks. 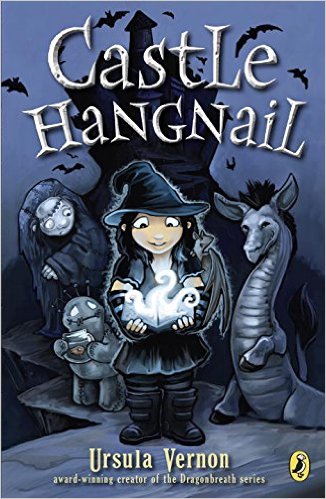 I'm sorry that I couldn't be there in person to accept, and to see all you fine people again. My husband is possibly even sadder than I am — when we attended Mythcon and he got to sit in on the collaborative Beowulf reading, I think he had a religious experience. "It's like altar call for English majors!"

Beyond that, I'm extraordinarily honored to join the company of other authors who have received this award for children's literature. I feel like the influence of the Inklings has spread out like a river delta, sending channels in all directions, and sometimes the channels join back together. I grew up on a diet of Narnia and Middle-earth, but it wasn't until years later that I discovered the work of Diana Wynne Jones. Castle Hangnail was written in the shadow of her many amazing books. Now I come to find that she attended lectures by Lewis and Tolkien, that we're both splashing around in the same river of ink, even if I'm a bit farther downstream.

Thank you all so much, both for this honor and for all the work you do to keep that river of ink flowing. 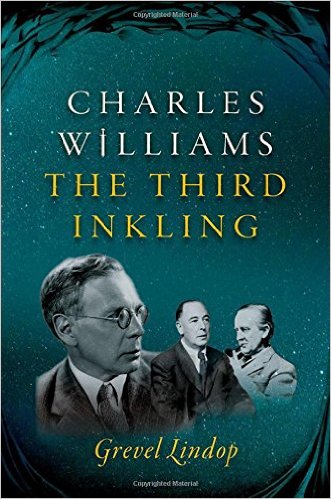 I am delighted and honoured to receive the Mythopoeic Award for Inklings Studies, which has taken me completely by surprise. Fantasy literature has always been a central part of my life. Among my earliest memories is that of my mother reading to me from George Macdonald's The Princess and the Goblin and Joseph Jacobs's English Fairy Tales. Later came C.S. Lewis's Narnia books, Tolkien's The Hobbit and The Lord of the Rings, Ursula Le Guin's Earthsea series, and Alan Garner's novels set in the Cheshire countryside close to where I now live. Later I explored the darkness of Montague Rhodes James and the extravagances of H.P. Lovecraft, and discovered the novels of Dion Fortune and, of course, Charles Williams.

For this I have to thank the late, remarkable Lance Cousins, Buddhist scholar and meditation teacher, who one day suggested I should read Charles Williams. I have to say that as soon as I embarked on War in Heaven, I had a very odd sensation. It was as if for an instant many windows of time lined up and I saw right through them. I "knew" that one day I would write this man's biography. But it was a meeting with Anne Ridler more than twenty years later that precipitated action. Discovering that she had been Williams's friend, with her encouragement I embarked on some research and the rest followed. Charles Williams was then just about to pass beyond the horizon of human memory; thanks to Anne I was in time to interview many of those who had known him. I don't know how to express my gratitude to the many wonderful friends and pupils of Williams who were so ready to help me.

My main hope is that Charles Williams: The Third Inkling may serve as a foundation, or "launching pad" for other more detailed studies. Despite the many excellent books we already have, we need further studies of Williams's theology, his poetry, his novels, his criticism, and aspects of his life. I can't claim to have dealt fully with any of these. I have simply hoped to provide a basic, readable account of what he did and when, so that others may go further. Without a biography to act as a "centre of gravity," a writer's reputation remains diffused, confused, unclear. People ask "Who was this person?" and lack a proper answer. I'd hope to see my book as a beginning rather than a completion.

Charles Williams's employer once consoled him for poor sales by "offer[ing him] a reputation in the twenty-first century." I rather think the prophecy is coming true, that what C.S. Lewis called "the age of Williams" is dawning. I am immensely grateful to the Mythopoeic Society for helping to make it so, and for honouring me with this most generous award. 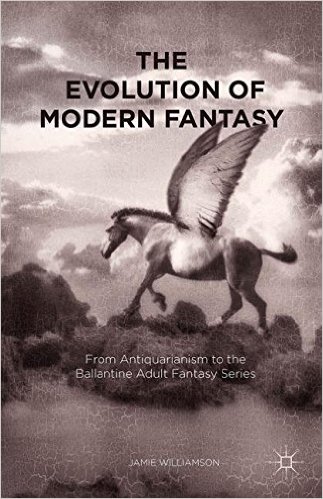 Regrettably, my summer school teaching duties preclude my attending Mythcon 47, but I am very honored to have my book chosen for the Scholarship Award for Myth and Fantasy Studies. It is gratifying, particularly, as the project occupied me for nearly two decades. But also, my familiarity with the work of the Mythopoeic Society goes back to the 1970s when I was first reading and enthusing on much of the work which became the foundation of my book, and awards from the society generally became motivation to look up the books. I am in flatteringly good company, looking back over the winners of this award for the past two decades.

On a broader level, my interest in the literatures of the past (and, in some parts of the world, of the present) is grounded in the assumption that there is an inherent connexion between the past, however distant, and the present, and that an informed (and inspired) engagement of the past, on varying levels, has produced some of the most profound modern literature. At a point in time when the past seems to be facing erasure in alarming ways, the continued existence of organizations such as the Mythopoeic Society is heartening.