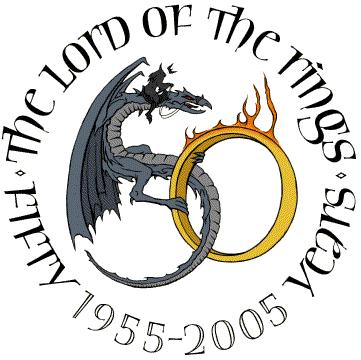 Mythcon 36
Tolkien 2005: The Ring Goes Ever On
in conjunction with The Tolkien Society

Mythcon 36 was combined with Tolkien 2005, sponsored by The Tolkien Society with twenty-eight other participating societies. For more information, visit the official Tolkien 2005 web site (n.b. sadly this page no longer exists).

2005 was the fiftieth anniversary of the complete publication of The Lord of the Rings by J.R.R. Tolkien. The first two volumes (The Fellowship of the Ring and The Two Towers) were published in 1954, while the third, The Return of the King, was published on October 20th 1955. To celebrate this anniversary the Tolkien Society held a conference and convention in August 2005, incorporating Mythcon 36. It took place at Aston University, Birmingham, England from 11 to 15 August 2005. The date was chosen so that people who travelled from far parts of the world to attend Worldcon in 2005 (in Glasgow from 4 - 8 August) could go on to attend Tolkien 2005. See more here

Tolkien Gateway writeup on the conference

Tolkien Gateway on the 2005 Proceedings