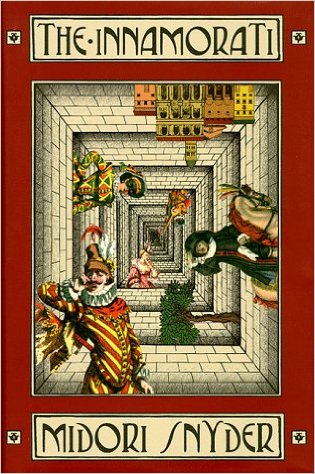 I would like to begin by offering my heartfelt thanks to the Mythopoeic Society for awarding me this incredible honor. Every year I make it a point to read the novels on the short list, and have never been disappointed by the wonderful selections, believing as many do, that the Society is truly a community of discerning and intelligent readers. So to find myself now included on this illustrious list of fantasy authors and scholars is absolutely thrilling.

Working on The Innamorati was certainly an adventure. Living in Italy was astonishing, daily surrounded by its grandeur, its antiquity, its sublime food and its quixotic nature; the perfect ingredients for any fantasy novel! One never knew what to expect; suddenly penniless because the banks had gone on strike and you couldn't use your debit card in a country that believes only in cash; suddenly rich, eating at a seaside resort for hours as dish after dish, bottle after bottle appeared almost magically. I strolled the mazes of medieval city centers, ducking into churches to greet the bones of old saints. My favorite was the head of St. Catherine in Siena looking wistful, her tiny black thumb on display pointing optimistically toward God. I was charmed by the performance of Italians engaged in animated conversations, the language simultaneously elegant and vulgar. (Oh those insults! A writer's dream!) I howled at the antics of the Commedia actors in their beloved masks crowding the Piazza di San Marco in Venice at Carnevale, and looking no different than their 16th century ancestors, their improvised lines a curious mix of renaissance humor and modern political satire.

I want to give a special thanks to those people who offered extraordinary support while I worked on the novel. First to my good friend, Terri Windling, I am eternally grateful for expressing only confidence in my ambitious undertaking, even when I routinely got us lost wandering in Milan and Florence. Thanks to Delia Sherman, my editor, who was invaluable in helping me shape the boisterous manuscript into a readable narrative. And thanks to my friend Anna Gervasi, a true Beatrice, guiding my family and I through the comic divinity of Italian life, seeing to it that we always ate well and enjoyed ourselves. And last but not least, a special thanks is owed to my family, my husband and my children, who agreed to pack up our house, our lives, and run away for a year.

Once again, to all of you in the Society who read my novel and conferred on it this special honor,

mille grazie, mille grazie, a thousand, thousand thanks! I am deeply honored, happy and grateful to accept this award. Thank you. 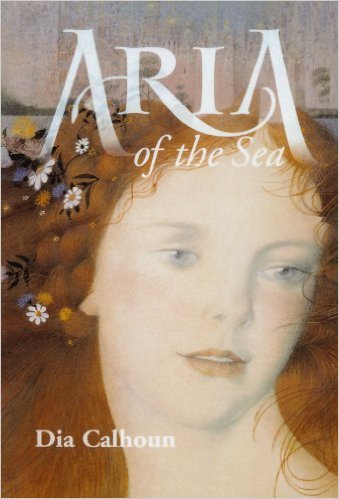 Once upon a time, when Aria of the Sea was waking from sleep inside me, I visited the Queen Charlotte Islands off the West Coast of Canada. I came to a town, then a white house, then a rose-gilded arbor beside the house. After walking through the arbor, I found myself face to face with the sea. Waves slammed against the boulders of the bulkhead, not twenty yards away, while the sea boiled beyond. Nature's raw, elemental power both terrified and enthralled me.

Then, I saw poppies waving in the wind on the near side of the boulders -- orange dots against the dark, wet stones. All around the yard, a flower garden grew. It was well kept, but informal, arranged with an eye to color, and filled with tall flowers on tangled stems -- roses and gladioli, daisies and delphiniums.

The contrast between the ocean and the cultivated garden struck me. I realized that the garden was the cultivated, human version of the raw, elemental, creative power of the sea, of nature. In the garden, someone had seized a glittering drop of that raw power and, through her vision and labor, turned it into a kind of art.

Fantasy writers also seize glittering drops of the elemental powers in the wild sea -- the life-sea -- and then cultivate them into art, into stories and myths. They always, of course, point back to their damp origins. The garden by the sea in the Queen Charlotte Islands inspired the archipelago setting of Aria of the Sea and many of its mythic elements as well. I put the essence of that garden into the book, high on a bluff on Healer's Hill, where Cerinthe finds her true voice.

All who enter that garden, must walk beneath an arbor.

Receiving this award, I feel as if I am walking beneath a magical arbor covered with roses -- the works of the illustrious fantasy writers who have walked through before me. Thank you for kindly honoring

Aria of the Sea with this distinguished award. How delightful to have my garden recognized by those who revere the sea. 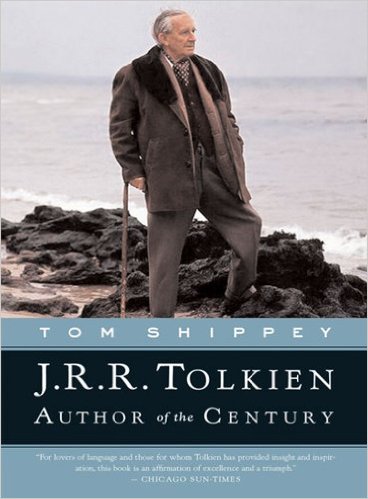 I am extremely pleased and honored to have received the Society's award for scholarship in Inkling Studies. I hope that such studies will continue to thrive and to generate more scholarship and more popular interest, as indeed they seem to be doing with increasing force. Can it be that Screwtape and the Philological Arm of the Lowerarchy are beginning to lose their grip? It would be premature to work on that assumption, but let us all continue to work towards it. 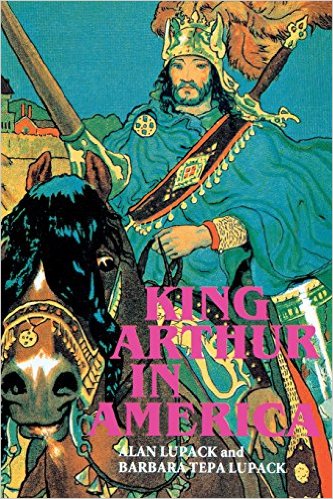 We were absolutely delighted to learn that our study of King Arthur in America was the winner of this year's Mythopoeic Society's Scholarship Award. Because we respect the important and innovative work being done by the Society and because we were so impressed with the quality of the volumes that were nominated, we feel doubly honored to be the recipients of the award.

American Arthuriana has been an area of interest to us for many years, and King Arthur in America was the result of several years of collaboration. Please accept our gratitude for the Mythopoeic Society's support and encouragement of our work in Arthurian Studies, and especially for the great distinction that the Society has bestowed upon us.

Again, we thank you warmly for this wonderful distinction.