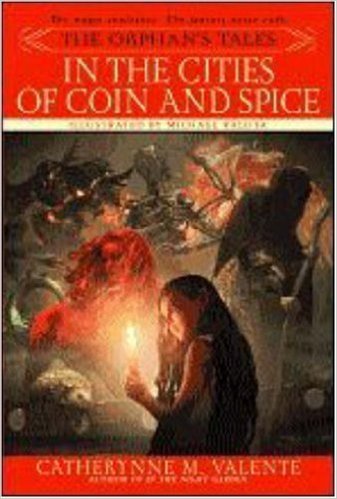 I am deeply sorry I cannot be there to accept this wonderful award, which means so very much to me. There can be no greater thrill for a child who yearned ferociously for Narnia and Middle Earth than to be honored in their name. Thank you so much to the Mythopoeic Society for granting me, after all those lonely childhood years of looking for Aslan, a Lion of my very own.

The Orphan's Tales, if I may be so bold, is also a tale that grew in the telling--it was meant to be little more than a bedtime story for my niece, just a prince and a witch and a bunch of geese. But it is not that growth which continues to astonish me and humble me, but how it has grown to be more than a book, more than a story. It has become a family. Life so often imitates art--I began this book a very isolated woman, trapped in a life I had no control over, telling stories to the dark. Not so very different than the girl in the garden--but like her, I have found through the telling of tales a mad, wonderful world I never suspected existed, and one which has welcomed me warmly, surrounded me with love and magic.

There are so many people all over the world who have not only read about my prince and my witch and my bunch of geese, but have written music, painted canvases, made jewelry and clothes and even food inspired by the book. They have come together to, by sheer force of will, make a story real. For an author to watch as her interior world is fashioned, brick by brick, in the real world, is an extraordinary thing, and an act of worldbuilding if I ever saw one. I want to thank everyone who has touched this story, from my employer in Rhode Island who looked the other way while I wrote on my breaks to the people in this room and everyone in between, editors, partners,

friends and fans, who have stayed with me clear through to the end of this amazing journey. 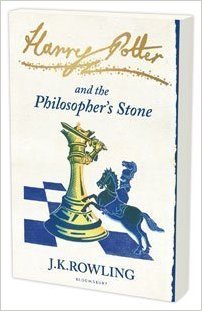 I am truly delighted to receive this award from the Mythopoeic Society, whose admiration of the Inklings I share!

To have the Harry Potter books recognised in this way is a real honour; thank you very much indeed. 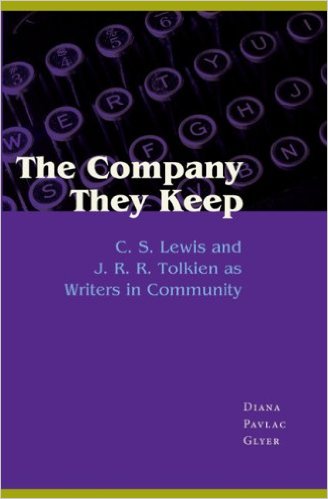 This is an absolutely breath-taking honor! Thank you so much, and special thanks to the members of the selection committee. There are many others here at the banquet who deserve special mention:

David Bratman: Your appendix is a work of genius, and your index is a work of art. Thank you for these indispensable additions to the book, and for the feedback, support, correction, and encouragement that made the rest of the book so much better.

Lynn Maudlin and the rest of the Creative Arts Prayer Fellowship: You are the assistant midwives to this project, believing in it and praying over it for more than ten years. I could not have persisted without you.

Joe Christopher: Thanks you for your critical comments on an early draft of this manuscript, and for your help in shepherding it through the publication process.

Verlyn Flieger, Wayne Hammond, and Christina Scull: I am so pleased that you are here today so that I can say thanks to you. All of us do the work we do on the shoulders of your years of scholarship, not only in terms of the excellence of the material that you have provided, but also in terms of the clarity and grace of your written prose. You are my heroes.

Chris Gilson, Arden Smith, and Carl Hostetter: You have shown me that it is possible to do meticulous, rigorous, serious, significant, and ground-breaking scholarship without ever losing the sense of play and fun that makes it all worthwhile. You inspire me.

I could go on and on around these banquet tables, naming the gifts of encouragement, help, kindness, correction, and support that each of you has given me through the long years (24 years!) of this project. But let me end by saying this: The Company They Keep is a book about creativity and

the way that it thrives in community. The Mythopoeic Society is a living example of everything that I write about. Thank you. 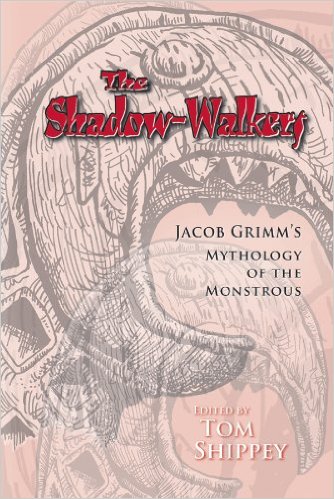 I would like first to express my thanks to the Society, on my own behalf and on behalf of all the contributors to the volume, for the honor it has done us in making this award, and also express my own deep appreciation of the work of the Society. Building up from lesser to greater reasons, I am delighted to have in the future two Aslans to put on the shelf, this one matching the one I received in 2001 for Author of the Century, and I have asked David Oberhelman this time to put the plaque ON THE OTHER SIDE, so they can face each other. One stage up, all my contributors without exception have told me how pleased they are to have their work recognized, and I am sorry that none of them -- Brits and Midwesterners that they are -- have been able to get themselves over to New England for this occasion.

Finally and most seriously, I hope that one thing The Shadow-walkers may do is remind us all of what a wide field mythic studies still are. When we first began work on it I told all my contributors that whatever they wrote about elves or dwarves or trolls or dragons THEY WERE NOT TO MENTION TOLKIEN - not, of course, that I have anything against Tolkien, but his images have become so nearly canonical that I wanted to stress that others were possible. Not all the contributors were able to obey their instructions, and indeed at a late stage a small committee of them came along and told me I had to disobey them myself, at an early stage, or else no-one would realise what we were doing. But there is already one follow-up volume to Shadow-walkers in existence, called Constructing Nations, Reconstructing Myth, edited by Andrew Wawn, while a third is in the planning stage, on the invention / rediscovery of national epics and national mythologies. What is still missing is any study of the development of what I call 'mythography,' the history of mythic studies, especially in the 19th century, when it was at the cutting edge of the humanities. CS Lewis's Till We Have Faces can be seen as a survey of mythic theories - Max Müller, Jane Harrison, JG Frazer are all clearly represented by characters in that novel - but there were many more, often written by German scholars, now forgotten. I should not mention this, as one of the assistant editors of Michael Drout's Tolkien Encyclopedia, but we did not think to include an entry on Andrew Lang, whom Tolkien cites more often, I think, than any other writer. Just the same, the mythographers had a profound effect on writers of fiction from Rider Haggard onward, and that effect has not diminished with the years.

The study of mythopoeia is a vital field for cultural studies, it ought to be one for literary studies,

and I hope and trust that the work of the Society will continue to force this on the world's attention. My thanks again for the honor the Society has done us, and may we continue to repay that in future years.