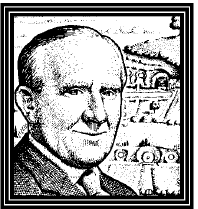 Mythcon 28
J.R.R. Tolkien:
The Achievement of His Literary Life

J.R.R. Tolkien: The Achievement of His Literary Life


Orson Scott Card is a bestselling author, critic, political writer, and speaker. He is primarily known for his science fiction work: his novel Ender's Game and its sequel Speaker for the Dead both won the Hugo Award and the Nebula Award. Learn more at his web site, [hatrack.com].


Wayne G. Hammond, a native of Cleveland, Ohio, has been a librarian in the Chapin Library of Rare Books at Williams College, Williamstown, Massachusetts, since 1976, and is a long-time member of both the Mythopoeic Society and the (British) Tolkien Society. He is the author of J.R.R. Tolkien: A Descriptive Bibliography (1993, winner of the Mythopoeic Scholarship Award in Inklings Studies; supplement forthcoming in 1998), of Tolkien abstracts for the "Inklings Bibliography" in Mythlore, and of non-Inklings works such as The Graphic Art of C.B. Falls (1982) and essays on Madeleine L'Engle and Samuel "Erewhon" Butler. His bibliography of British journalist and children's book writer Arthur Ransome is scheduled to appear in 1998.

Christina Scull is British by birth, and the former Librarian of Sir John Soane's Museum, London, for whom she wrote the book The Soane Hogarths. She is now resident in the U.S.A. following her marriage in 1994 to Wayne Hammond. She has been a member of the Mythopoeic Society since 1981, and in the (British) Tolkien Society served as archivist from 1987 to 1995 and as an elected officer from 1989 to 1995. She was joint organizer of two Tolkien Society Seminars and chairman of the 1992 Tolkien Centenary Conference in Oxford, and has lectured and presented popular slide talks on Tolkien in several countries. Since 1992 she has edited The Tolkien Collector, an occasional magazine devoted to Tolkien collecting and bibliography.

Wayne and Christina are renowned for their collection of works by and about J.R.R. Tolkien, one of the largest in private hands and the foundation of much of their research. Although they continue to write and speak separately on occasion, they have become a formidable team who have produced the highly regarded J.R.R. Tolkien: Artist and Illustrator (1995, winner of the Mythopoeic Scholarship Award in Inklings Studies) and have edited and written an introduction and notes for Tolkien's unpublished children's story Roverandom (forthcoming in 1998). They have also jointly written a review-essay on The History of Middle-earth for the Marion E. Wade Center journal Seven (1995). Christina and Wayne hope to publish a book on the art of Middle-earth and Narnia illustrator Pauline Baynes, as well as further Tolkien titles.