Mythcon 50 is now over but this page and its links are retained for historic purposes.

POST-MYTHCON Announcement: Congratulations! Everybody turned in their room keys and tap cards! Lisa has started the process of refunding deposits paid via Square and Lynn has started voiding checks. If you paid by check please expect an email from 4mythcon at gmail; if you don't receive an email please email mythcon@mythsoc.org so we can make sure we have your current email address (we get most of your email addresses from PayPal and sometimes people don't update their email addresses with PayPal).

Call for Papers - with downloadable PDF

Our theme is a head-nod to Roman mythology's Janus, the god of beginnings and endings, gates and doorways, transitions and passages and duality. So we are moving forward into the future while also, at least for this Mythcon, looking backward toward the place from where we've come.

Call for Papers is available here.

Local artist and Mythcon favorite Sue Dawe has agreed to run the art show and has finished our logo - enjoy!

John Crowley cancelled his appearance as Author Guest of Honor, with apologies. He did, however, send us a video of the talk he would have presented to us and later put the text on his website. 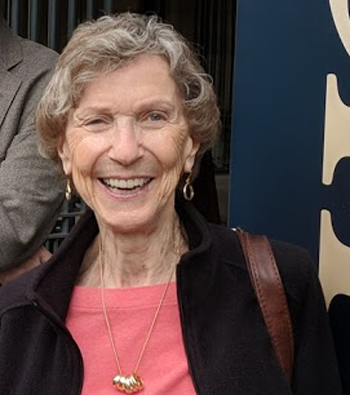 Verlyn Flieger is a specialist in comparative mythology with a concentration in J.R.R. Tolkien. She teaches undergraduate and graduate courses in Tolkien, Celtic, Arthurian, Native American, and Norse myth. She holds an M.A. (1972) and Ph.D. (1977) from The Catholic University of America, and has been associated with the University of Maryland since 1976. Retired from teaching at the University of Maryland in 2012, she is Professor Emerita in the Department of English at UMD. She teaches courses online at Signum University.

With David Bratman and Michael D. C. Drout, she is co-editor of Tolkien Studies: An Annual Scholarly Review.

Verlyn has also written Pig Tale and The Inn at Corbies’ Caww, a novella, Avilion in The Doom of Camelot, an anthology of Arthurian fiction edited by James Lowder, and a short story, “Green Hill Country” in Doug Anderson's fantasy anthology, Seekers of Dreams. 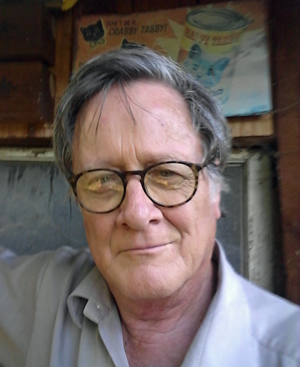 Tim Powers is a science-fiction and fantasy author and arguably heir to the legacy of Charles Williams. Tim has been Author GOH at Mythcon twice; first in Berkeley for Mythcon 26 and most recently at Mythcon 41 in Dallas, Texas. Tim has received numerous awards and nominations for his works, including the World Fantasy Award three times, for his novels Last Call (1992) and Declare (2000), and for his story collection, The Bible Repairman and Other Stories (2012). He has been nominated for the Mythopoeic Fantasy Award five times, winning the award in 1990 for The Stress of Her Regard.

Please join us in San Diego, California, for Mythcon 50. San Diego is a wonderful "destination city" where Mythcon has been held only once before in 1991 (Mythcon 22) and is well worth the return. Early Mythopoeic conferences were held primarily at colleges and universities, a more-affordable option back in the late 1960s through the 1980s; in the last decade Mythcons have been primarily hotel-based and we find this to be a kind of two-edged sword: hotels are almost always more comfortable in which to stay but much more challenging for shared meals, which many of us really enjoy. They are more expensive housing but sometimes less expensive function space (we must guarantee a high-enough number of room nights and spend a lot of money on food and beverage) but very expensive audio/visual support. These choices are always the challenge in planning every Mythcon.

For Mythcon 50 we are harkening back to our roots and will be at San Diego State University, meeting in the LEED Double Platinum Certified Conrad Prebys Aztec Student Union, and staying in the South Campus Plaza South Tower.

Room & Board, including parking permits